What Is Drag In Aircraft?

In aerodynamics, the drag in aircraft refers to the force that opposes forward motion through the atmosphere and is parallel to the direction of the free-stream velocity of the airflow. Drag is a mechanical force. It is generated by the interaction and contact of a solid body with a fluid (liquid or gas). It is not generated by a force field, in the sense of a gravitational field or an electromagnetic field, where one object can affect another object without being in physical contact.

Drag is a force and is therefore a vector quantity having both a magnitude and a direction. Drag acts in a direction that is opposite to the motion of the aircraft. Lift acts perpendicular to the motion. There are many factors that affect the magnitude of the drag. Many of the factors also affect lift but there are some factors that are unique to aircraft drag. Drag must be overcome by thrust in order to achieve forward motion.

Types Of Drag In Aircraft:

Form or pressure drag is caused by the air that is flowing over the aircraft or airfoil. The separation of air creates turbulence and results in pockets of low and high pressure that leave a wake behind the airplane or airfoil (thus the name pressure drag). This opposes forward motion and is a component of the total drag. Since this drag is due to the shape or form of the aircraft, it is also called form drag. Streamlining the aircraft will reduce form drag. 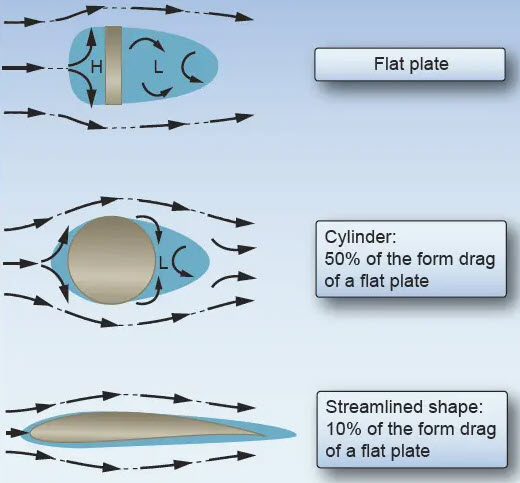 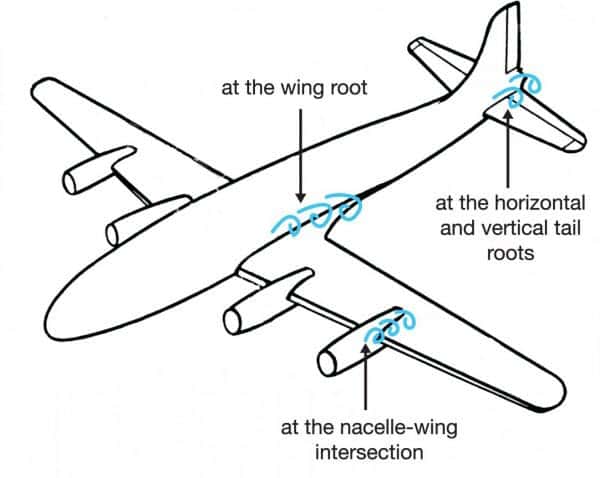 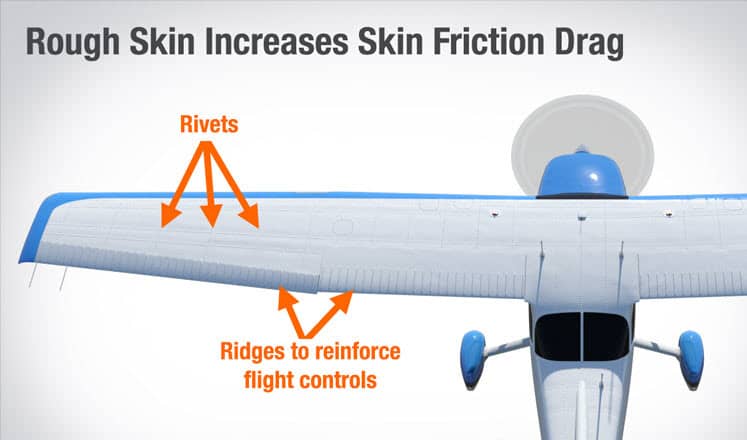 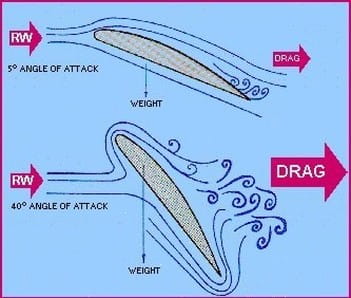 Wave drag is caused by the formation of shock waves around the aircraft in transonic or supersonic flight. As air flows from the supersonic region in front of the shockwave, to the subsonic region behind the shockwave, it separates and becomes turbulent. As the shockwave becomes stronger, more airflow separation occurs, known as wave drag.