In contrast to liquid rocket technology, a universally accepted combustion stability rating procedure does not presently exist for full‐scale solid rocket motors. Undertaking stability tests on large full‐scale flight‐hardware rocket motors is expensive, and therefore lower‐cost methods, such as subscale motors, T‐burners, and other test equipment, have been used to assess motor stability.

The best known and most widely used method of gathering combustion stability‐related data is the use of a “T‐burner“, an indirect and limited method that does not use a full‐scale motor. The below figure is a sketch of a standard T‐burner; typically, it has a 1.5‐in. internal diameter double‐ended cylindrical burner vented at its midpoint. Venting can be through a sonic nozzle to the atmosphere or by a pipe connected to a surge tank, which maintains a constant level of pressure in the burner cavity.

T‐burner designs and usage usually concentrate on that portion of the frequency spectrum dealing with expected transverse oscillations in a full‐scale motor. The desired acoustical frequency, to be imposed on the propellant charge as it burns, determines the burner length (i.e., distance between closed ends).

Schematic Diagram of a standard T‐burner 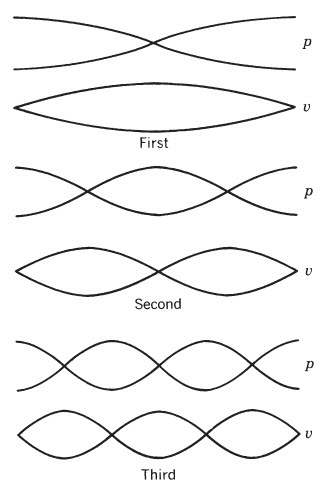 Propellant charges are often in the shape of disks or cups cemented to the end faces of the burner. The gas velocity in the burner cavity is kept intentionally low (Mach 0.2 or less) compared with velocities in a full‐scale motor. This practice minimizes the influence of velocity‐coupled energy waves and allows the influence of pressure‐coupled waves to be more clearly recognized.

Use of T‐burners for assessing the stability of full‐scale solid rocket motors presupposes the existence of valid theoretical models for phenomena occurring in both the T‐burner and the actual rocket motor; such theories are still not fully validated. In addition to assessing solid rocket motor combustion stability, the T‐burner also is used to evaluate new propellant formulations including the importance of seemingly small changes in ingredients, such as a change in aluminum powder particle size and oxidizer grind method.

Tests with T‐burners are the current standard method of measuring a propellant’s pressure‐coupled response, which is defined as the ratio of the oscillating burning rate over the mean burning rates to the oscillatory pressure over the mean pressure. Pressure coupling, the coupling between acoustic pressure oscillations at the surface of a burning solid propellant with the combustion processes of the propellant, is a most dominant driving mechanism. It is a function of frequency, pressure, and propellant formulation. Pressure‐coupled responses represent a key input to rocket motor stability prediction programs.

Combustion instability is usually addressed during the design process, often through a combination of mathematical simulations, understanding similar problems in other motors, studies of possible changes, and with supporting experimental work (e.g., T‐burners, measuring particle‐size distribution).