What Is Dutch Roll?

Dutch roll is an aircraft motion that is identified by a combination of a continuous back and forth rolling and yawing motion. In general, a Dutch roll is considered to be dynamically stable, meaning that the oscillations tend to decrease in amplitude.  Most large airliners have a yaw damper installed that can artificially increase stability.

Aircraft that have wings placed above the center of mass, dihedral wings and swept wings tend to increase the roll restoring force, therefore increase the tendency of the aircraft to initiate a Dutch roll. This is the reason why high-winged aircraft are often slightly anhedral, and swept wing aircraft rely on the operation of the yaw damper. 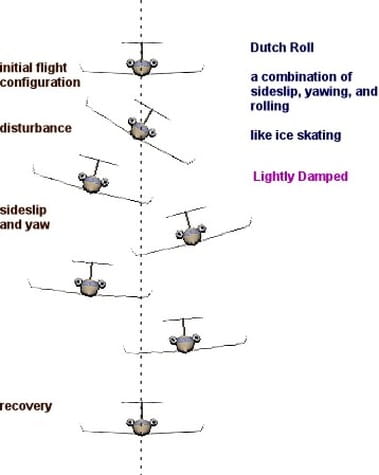 How Does Dutch Roll Occurs? 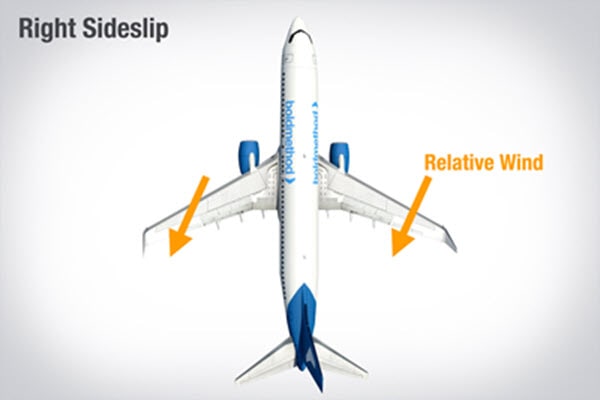 Consider a scenario where the air is hitting the right wing’s leading edge straight on, and the left wing’s leading edge at an angle. We already know that only the air flowing parallel to the chord line creates lift. So, here the right wing has more air flowing parallel to the chord line than the left wing, meaning the right wing generates more lift. This effect is known as dihedral effect because it simulates the stabilizing effect of dihedral. It results in positive roll stability; the extra lift rolls the aircraft back towards level. However, this extra lift also generates drag that pulls your nose to the right. 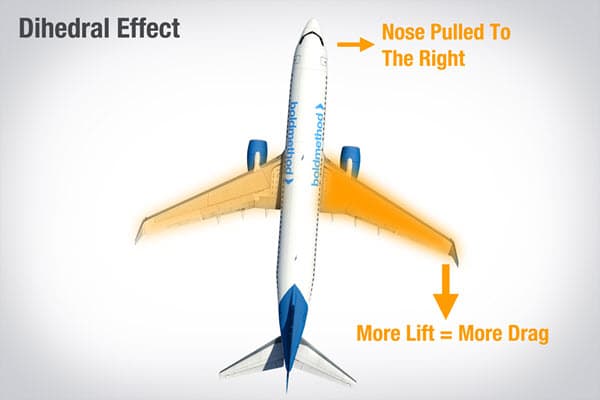 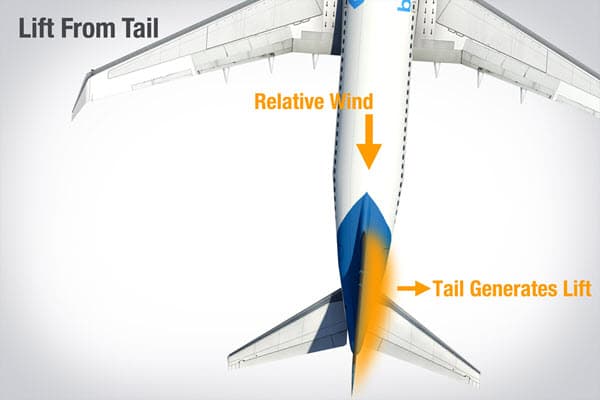 But, with a typical swept wing aircraft, this yaw stability isn’t as strong as the roll stability caused by the sweepback. While the tail’s still trying to line up the nose, the aircraft has over-banked to the left, causing a left sideslip. Now the sweepback starts to raise the left wing, rolling your aircraft right. The drag from the left wing starts to pull the nose to the left. 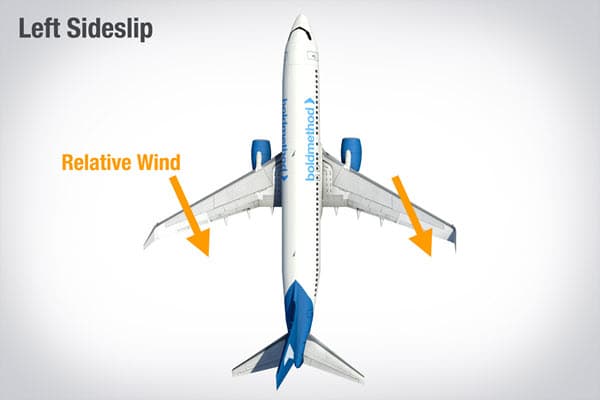 Most modern swept wing aircraft have yaw dampers that automatically correct for Dutch roll by quickly adjusting the rudder. If your yaw damper’s inoperative, stopping the roll can be more tricky. Many modern swept-wing jets will fly themselves out of Dutch roll if you stop adding control inputs. However, some of the older jets, like the 727, can be difficult to recover.