What Is Solar Sail?

A solar sail is a spacecraft propelled by sunlight. Whereas a conventional rocket is propelled by the thrust produced by its internal engine burn. It is basically a big photon reflector surface. The power source for the solar sail is the sun and it is external to the vehicle. A solar sail spacecraft has large reflective sails that capture the momentum of light from the Sun and use that momentum to push the spacecraft forward. 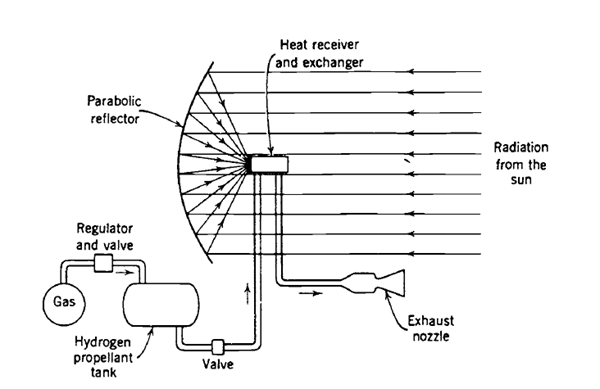 How Does It Work?

Light is made up of particles called photons. Photons don’t have any mass, but as they travel through space they do have momentum. When light hits a solar sail—which has a bright, mirror-like surface—the photons in that light bounce off the sail (i.e. they reflect off it, just like a mirror). As the photons hit the sail their momentum is transferred to it, giving it a small push. As they bounce off the sail, the photons give it another small push. Both pushes are very slight, but in the vacuum of space where there is nothing to slow down the sail, each push changes the sail’s speed. 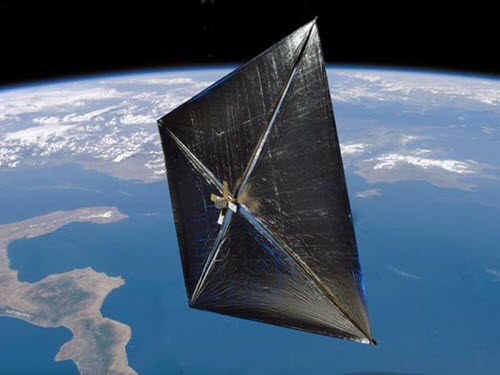 How Does A Solar Sail Control Its Direction?

When a solar sail faces the Sun directly, photons push the spacecraft forward, away from the Sun. But a solar sail can move in other directions by tacking like a sailboat, changing the angle of the sail relative the Sun. It’s even possible to shift the spacecraft’s orbit around the Sun, by angling the sail so that solar photons push against the direction it is traveling. Solar sails can also control their direction in other ways, such as changing their center of mass or using tip vanes.

What Is A Solar Sail Made Of?

Current solar sails are made of lightweight materials such as Mylar or polyimide coated with a metallic reflective coating. LightSail 2 uses 4 triangular Mylar sails that are just 4.5 microns (1/5000th of an inch) thick. They unfold using 4 cobalt alloy booms that unwind like tape measures. The sails have a combined area of 32 square meters (344 square feet), about the size of a boxing ring.

How Big Does A Solar Sail Have To Be?

There is theoretically no minimum size for a solar sail, but for the same mass spacecraft, bigger sails will capture more sunlight and accelerate the spacecraft more quickly. A NASA team in the 1970s, headed by Planetary Society co-founder Louis Friedman, proposed a solar sail with a surface area of 600,000 square meters (6.5 million square feet), that would be used to send a spacecraft to rendezvous with Halley’s comet. Of course, the practicality of building and deploying such an enormous sail is questionable. But if such a sail could be successfully developed, amazing destinations could be reached.

How Fast Can A Solar Sail Go?

A solar sail’s speed depends on its size and its mass. A bigger sail captures more sunlight, gaining more momentum and accelerating more quickly for the same mass. For a given sail size, a lower mass spacecraft will have a higher acceleration.  The acceleration also depends on its distance from a light source and strength of the light source. As a solar sail spacecraft gets farther away from the Sun, the amount of sunlight available to it decreases, meaning that it accelerates less quickly. Theoretically, powerful lasers could be aimed at a distant solar sail, providing some extra acceleration as the spacecraft gets further from the Sun.

To give a specific example of solar sail speed, LightSail 2’s 32-square-meter sails accelerate it at just 0.058 mm/s². In one month of constant sunlight, the spacecraft’s speed would increase by a total of 549 kilometers per hour, roughly the speed of a jet airliner at cruising speed.

Larger sails, or small sails accelerated by lasers, could theoretically go much faster. In 2016, the group Breakthrough Initiatives announced a plan to send a fleet of tiny, laser-powered solar sails to our nearest star, Alpha Centauri. The spacecraft would be targeted in space by Earth-based lasers, and accelerate to 20 percent the speed of light.

The three-axis stabilized structure, so called because it supports the sail in all three dimensions, holds the sail rigidly to catch sunlight. The outer edges of the sail are attached to booms to prevent collapse in the plane of the sail. To prevent the sail from folding up, a combination of booms, masts and stays are used. This structure allows the booms to be made lighter as the overall structure offers much more support and stability as compared to one just consisting of booms. However, these booms comprise a significant mass fraction of the entire solar sail and thus compromise on efficiency. 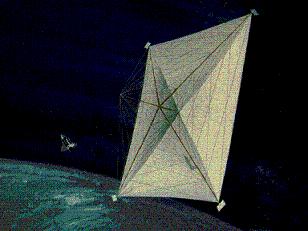 The alternative to that would be that of spin-induced tension. The spins will stabilize the sails through centripetal acceleration. The tension lines will stretch the sails and keep it taut. Such a technique is sometimes preferred as it does away with the need to use physical materials to support the sails. The heliogyro design designed by the JPL for the rendezvous with Hally’s comet consists of a central hub and twelve vanes extending from it. Upon deployment, the vanes will be rolled out and kept extended via centripetal force. Ease of packing and deployment would be the principal advantage of heliogyro blades over the three-axis stabilized structure. 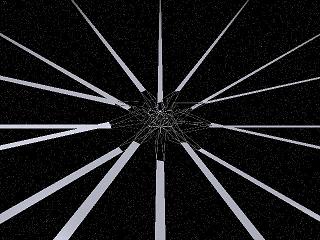 Spacecraft gain most of their momentum when they are launched from Earth, and then most increase their speed or change course using chemical rockets that burn fuel that the spacecraft carries on board. But more rocket fuel means more weight, which limits how much can be carried. Most spacecraft reach their maximum speed and then coast through space or rely on gravity assists from other planets to reach their destinations.

Solar sailing spacecraft are also advantageous because they can be placed in orbits that would otherwise be unstable by using the sail acceleration as a balancing force.  As an example, this could enable solar monitoring missions to sit between the Earth and Sun at a closer distance than otherwise possible to provide more warning of solar storms.